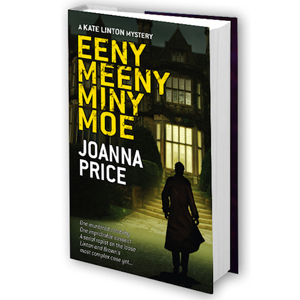 One murdered celebrity. One improbable suspect. A serial rapist on the loose. Linton and Brown’s most complex case yet… When former supermodel, Lauren Hampton, is found suffocated in the drawing room of her Glastonbury mansion, DS Kate Linton and her superior, DI Rob Brown, begin one of the most intricate investigations of their career. Set against the backdrop of a series of vicious rapes, the truth about Hampton’s past gradually emerges, along with the clues as to who and why someone may have wanted her dead. Full of twists and turns, suspects and red herrings, this contemporary ‘who-dunnit’ is as much about resolving the relationship between Linton and her charismatic superior, as it is about solving a crime.Eeny Meeny Miny Moe is the second in the series of mysteries featuring a gutsy new heroine in a one-of-kind location.