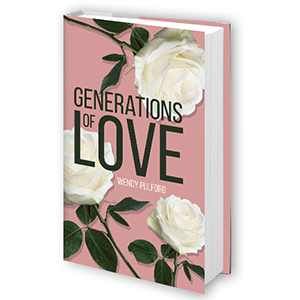 When handsome, career driven Detective Inspector Alex Hartman is instructed to investigate a High Court Judge his life instantly changes. Although forming an unfavourable impression of Judge Lionel Franklin, Alex becomes aware of an overwhelming attraction for Catherine Franklin, the Judge’s attractive niece, who seems to be closely controlled by her Uncle. He soon finds himself on a collision course between his duties and his personal feelings. Meeting again after a separation and realising his feelings are reciprocated, Alex takes the fateful decision of proposing marriage, but Judge Franklin is always in the background with his veiled attempts at control of Catherine for his own purposes. As Alex continues his investigations he uncovers more and more damning evidence, unaware that Lionel Franklin is devising a shocking plan, which in the events of one tragic night shatters the young couple’s dream for a future with their young child.

A generation on, haunted by the past but unaware of the whole truth, Peter Hartman finds solace in the attentions of his Great Uncle Lionel. Whilst on holiday in Canada he meets Christa Benjamin and a relationship begins between them and grows to something much deeper, unknowingly putting her life in danger. At the same time, after years of indecision and guilt, Alex Hartman’s former colleague finds the courage to confront the past, and, finally hearing the truth surrounding his parents, Peter sees how his own life has been overshadowed by the continued manipulation of Lionel Franklin and vows to seek justice. As matters reach a head Peter confronts Franklin about his knowledge of the past, but finds himself pitched into the nightmare of history repeating itself – can an echo from the past avert another tragedy?

Although, since a child, Wendy has always been interested in the imagination which can be described in the written word, it was only after retiring from a career in the law, that she  decided to make a serious attempt at a novel. She was further spurred on by coming in the top five of a short story competition run for BBC Suffolk Radio/Eastern Arts Board. She has subsequently found the whole creative experience a lengthy, but sheer delight and she says the response to her debut has been immensely gratifying.

Wendy Pulford: ‘During the drafting stages of my first novel I was immensely grateful for the advice and guidance given by Lorena and Mello. I found logic in the suggestions and advice and saw things from another viewpoint and their comments were totally relevant and well placed. I am certain that without their knowledge and expertise the end result would have been to a much lesser standard and I will always be grateful for their deliberations and friendly assistance. I would have no hesitation in recommending the services of Daniel Goldsmith Associates to anyone in the same position.’