Home > Portfolio > Half Way to Dawn 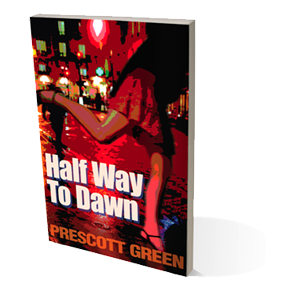 Half Way to Dawn

It’s every parent’s nightmare. A young girl comes home late after a night out and tells her parents she’s been raped. A young vulnerable man is accused, but was it really rape?

The job of defending him falls to a young barrister Alex Heston. The only problem is that it’s his first big case and his own nightmare is about to begin as he discovers that his own future may depend on the jury reaching what might be the wrong decision for his client.

Will Alex have the courage to fight for his client against the odds? Half Way to Dawn is a gripping courtroom drama, with a surprising twist at the end. All the facts and procedures are presented as true to life, the author himself being a barrister with many years of courtroom experience.

Prescott Green was born in 1968 and is a practicing barrister specialising in family law. He lectures on family law to barristers and solicitors. This is his first novel. He lives in Cheshire with his wife and three children and is currently at work on a sequel. Half Way to Dawn is a gripping courtroom drama which will leave you guessing right until the end.

Prescott Green: “I don’t know what to say. I’m just so impressed with your help. Thank you so much.”

Buy Half Way to Dawn