Home > Portfolio > Nobody but Us 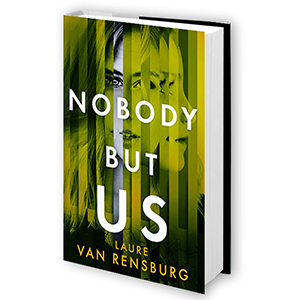 Nobody but Us was shortlisted in First Novel Prize 2019 and went on to gain representation from Mushens Entertainment and sell in over twelve territories at auction.

Together, they are driving south from New York, for their first holiday: three days in an isolated cabin, far from the city.

Ahead of them, the promise of long, dark nights – and the chance to explore one another’s bodies, away from disapproving eyes.

It should be a perfect, romantic trip for two.

EXCEPT THAT HE’S NOT WHO HE SAYS HE IS.

Laure van Rensburg is a French writer living in London.

Buy Nobody but Us