Home > Portfolio > The Colours of the Dance 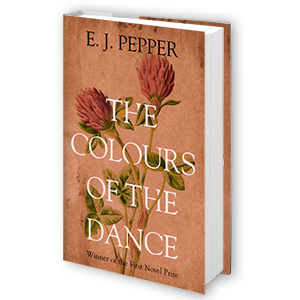 The Colours of the Dance

The Colours of the Dance by E.J. Pepper is an outstanding manuscript we discovered in the 2016 edition of The First Novel Prize.

“Rule 1: When you’re dancing, shoulders back and point your toes.

Rule 3: Don’t go wandering through the house without permission.

But who can make any sense of Home Rule? Ten-year old Brede asks herself. Homeless and destitute, she and her Aunt Kate are employed as the only Catholics in the household of the beautiful spendthrift Adelina Thompson and her bullying husband, Alexander. But what is it that Brede sees that forces her to flee with her aunt in terror?

Taken into the household of William Henderson, a Protestant supporter of Irish Home Rule, Brede is the mute and uncomprehending witness to the unfolding political and personal events, and to a love affair that will culminate in murder.

‘Set in 19th century Ulster, the way the child narrator views the world during one of the most troubled periods in Irish history is shared with us in an original and enthralling account.’ First Novel Prize”

E. J. Pepper was brought up in Worcestershire and Co. Donegal.
She studied English at London University and completed an M.A. in Creative Writing at Chichester University.
She has had a variety of occupations, including university lecturer, magistrate, and bereavement and marital therapist.
She lives with her husband on the border between Surrey and Sussex.

Buy The Colours of the Dance