Home > Portfolio > The Essence of Grace 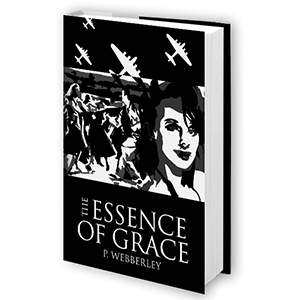 The Essence of Grace

The Essence of Grace is a historical novel about a modern dancing troupe who play music while showcasing, displaying and teaching at dance gigs for the more mature audiences, following the popularity of dancing on TV.

While at one venue, they realise that the audience is mostly young, many dressed in uniforms with the females sporting 30s-40s styles. For a short while, the troupe thinks that they are at a special WW2 re-enactment ball and adjust the music and dancing accordingly, but they soon realise that by some quirk, they are actually back in 1944.

The Essence of Grace combines historical fact with fantasy in an enthralling account of dance and romance.

P Webberley (author): ‘In the early days of searching for someone to be interested in my book, I knew that it would make sense and be beneficial for another set of eyes to look over it — a set of experienced eyes in the world of publishing. It was Jonathan who took in and read my manuscript — and in his honest opinion, “It wasn’t quite there yet… needed some work.”

His feedback was invaluable and made me rethink and restructure several parts of the book but his liking of the main character gave me a warm feeling and confidence. I changed completely the beginning and I eventually finished up with a nice flavour to the overall story. So thank you, Jonathan, and thank you, Daniel Goldsmith Associates, for your help and guidance.’

Buy The Essence of Grace